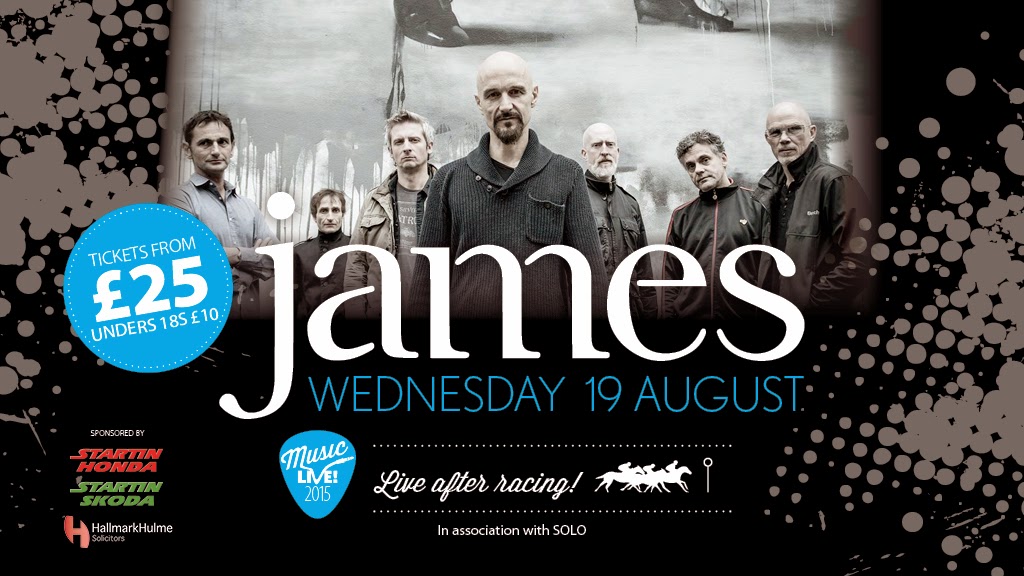 Click on the image to visit the website for further event details
Best known for hits such as "Sit Down", "She's a Star" and "Laid", James have achieved great success in the UK and US. The band has seven top ten UK albums to their credit, selling over 25 million albums worldwide.
James rose to prominence in the late 80's and early 90's as part of the popular Manchester music scene. Lead by Tim Booth, the band have an amazing reputation for their live shows and have toured successfully for over 25 years, headlining festivals and selling out venues all around the world.
Most recently James released the critically acclaimed ‘La Petite Mort' album, their first new album in six years. The band who are currently working on their next album are performing at numerous festivals across the UK in 2015 including Worcester Racecourse.
The live music performance at Worcester Racecourse will take place after racing on Wednesday 19 August in the Centre Course. Anyone purchasing a ticket will be able to enjoy a full race meeting followed by the concert.
Tickets can be purchased online at www.worcester-racecourse.co.uk or by calling 01905 25364. Keep up to date with the racecourse news and information via Twitter (@WorcesterRaces) and on Facebook (‘Worcester Racecourse').
Posted by Worcester Racecourse at 17:17